After everything I said about social media recently, I came stumbled across another unexpected positive effect of all this tapping away at phones and tablets we seem to be engaged in. Scrolling through some old Instagram pictures, I came across the photo above. This was one of the very first cross stitch designs I worked on when I first came to Italy.  It struck me that this pattern was the springboard for so many projects I have worked on since.

It definitely set the tone for the colour palette I have continued to work with. The fair isle pattern very quickly became the background for my cross stitch monograms.

This led to my ongoing love affair with fair isle patterns including my mini monogram set as well as a larger sampler pattern. 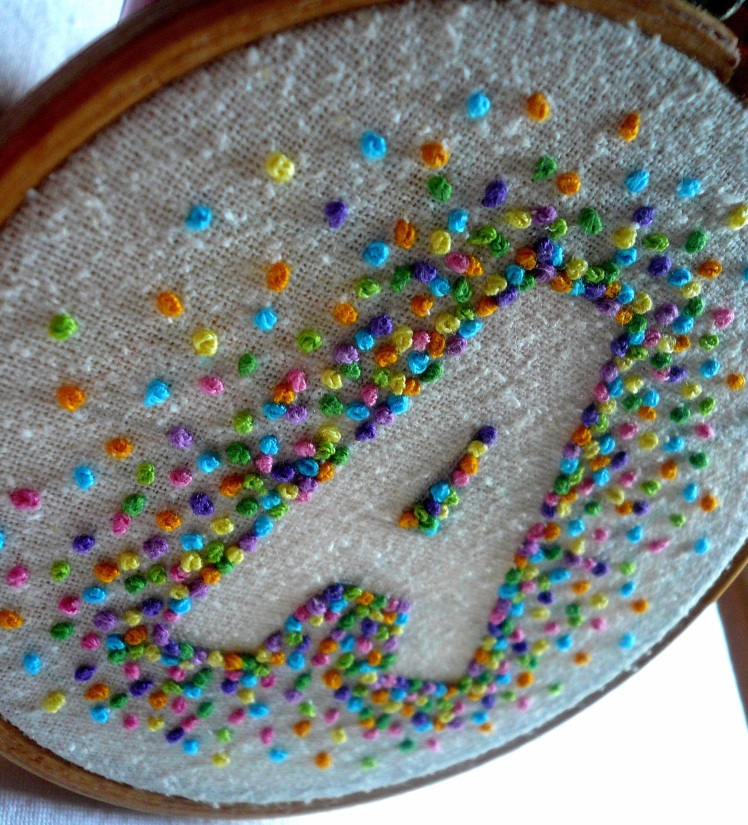 But that early project sparked off a lot of other ideas. The white lettering of the fair isle monogram got me interested in creating an image out of negative spaces. I have been so chuffed that a number of people tried something similar after I posted this tutorial. 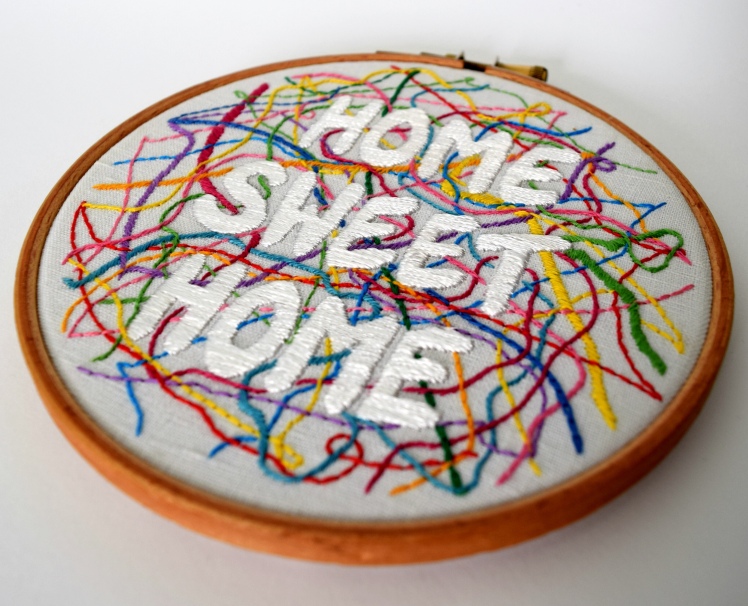 I also realised that the project I completed this week was actually in a similar vein – multi-coloured background with a plain white image or lettering.

There have, of course, been many other projects that were less successful or I never completed. I sort of ran out of steam with this alphabet cross stitch. Maybe I will return to it one day.

There was also another fair isle sampler that was perfectly lovely but I just found the colours really…..meh! So I got bored with it.

However, I found it interesting to draw a metaphorical line from that first project to all of these other one.  I’m also pretty sure that each new piece of work gave me the confidence to experiment and push myself creatively and technically.  I think there are other experiments and ideas that I could possibly identify as the starting point for other creative directions I have taken in the last two years.  When I have done a little more creating I will have to see. 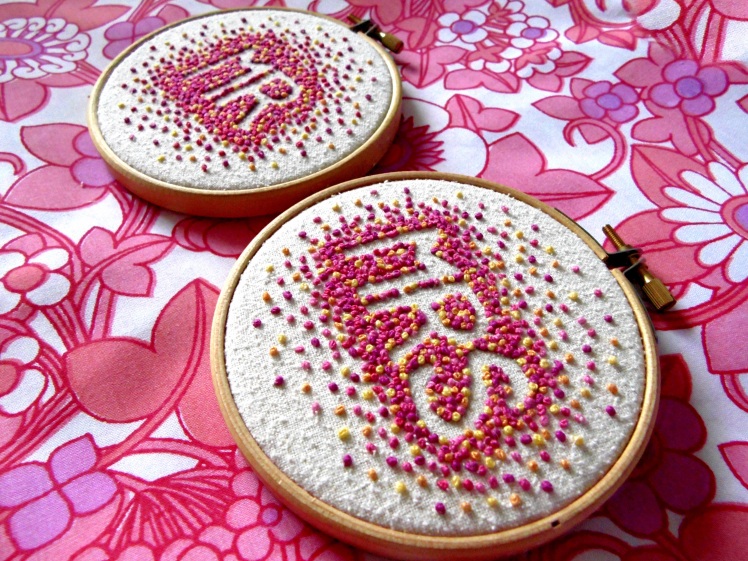 That original cross stitch pattern was made for no purpose – it wasn’t intended to be a gift and I certainly had no great plan to make a pattern to sell. I was doing nothing more than just playing about. So often, people craft for a reason – a gift or a special event – and indeed I have done so (as the last two pictures demonstrate).  I do think, however, creating something for no other reason than “just because” has it’s place also. It puts considerably less pressure on you and knows where it might lead.

I feel like I have just completed a sort of work appraisal! If you are still here, thank you for persevering.

14 thoughts on “In Retrospect”